One of the interesting point which arose off the back of the recent Black Panther movie is the impact the film had on the discussions which took place, resulting in a series of videos and blog posts on how Africa should move forwards, from focusing on Science, Technology, Engineering and Math’s (STEAM) to empowering women and promoting them into to roles of leadership, and developing natural resources, to the ideal of African leadership presented in the form of the main character, but is there such a thing as the African ideal where leadership of such a diverse continent is concerned?

There are basic principles which denote what constitutes good governance, but what should today’s African leadership look like? Do we need the revolutionary leaders of the past, the Kwame Nkrumah’s, Nelson Mandela’s, or the Haile Selassie’s, is Africa’s approach to leadership rooted in the past? What was also interesting is the individuals who almost felt they should be entitled to drive the African agenda,  with some of the views presented from academics, or individuals who have engaged with Africa in theory, but have little interaction on a practical level.

The last time a major decision was made with regards to the continents fate was the Berlin Conference, which saw Africa randomly divided into around fifty countries, without taking into account geography, language or ethnicity, giving European countries control over their colonies, with no restrictions to trade, the long-term effects leaving the continent stagnant, evidencing the fact that African’s must drive the direction of the discussions and decisions made on the continents behalf to ensure they are beneficial.

The Blueprint for Africa

The world and Africa with it has evolved, yet as a continent our problems have remained relatively the same, suggesting the requirement to change the way in which we implement our solutions. The goal for African countries is often to aspire to be like somewhere else, the next Singapore, or the next China, or a focus on replicating the growth in countries such as India. It is the attempt to directly apply the approach taken within these countries as a proposed solution for Africa’s development that is problematic. African leaders such as Nkrumah left the continent with a blueprint for what he felt could drive the continent forwards, but whether this would be credible today, and would how it would be applied within today’s context remains to be seen, its seems like the blueprint for Africa remains just that, and ideology in print.

“Africa must become the new Africa, and not the next China”

In order to become progressive we must understand our value, and the offering which we provide to the rest of the world. What does the world look to Africa for besides its natural resources, and what do we want them to look to us for? Africa is billed as the final frontier, however is the opportunity being looked at as the chance to innovate, and develops in a way that fits its own requirements, or are we still looking at success from the perspective of the rest of the world.

The quote attributed to Oscar Wilde articulates this point quite clearly “Be yourself; everyone else is taken” although there will be fundamental elements which the drive  development, there will also be unique elements which will be difficult to replicate. Part of Africa’s challenge lies in the fact that it has been driven by what others want it to be. A continent where people were owned by people from other continents, a continent colonised, with its countries managed by other countries external to itself, with the impact being it is still aligned other people’s agendas, rather than that of its own. In essence there can only be one China, and Singapore will be the next Singapore, it will further develop, grow, and strive to enhance or retain what it already has. Africa can model itself on the success stories of other emerging economies, but must its own approach for success.

Ghanaian economist George Ayittey developed the term “African solutions for African problems” as a response to the failed attempts to restore peace to Somalia. The term has come to be associated with the view that in order for Africa to rid itself of its current issues it must not rely on western intervention. The rhetoric that Africa’s problems must solely be addressed by African’s isn’t what Ayittey meant when he made the statement. In his article for Harvard International Review, Ayittey addressed the misconceptions, expressing firstly that his response was in relation to the trend for African leaders to seek foreign solutions to every crisis, rather than to look inside Africa for their own, and secondly the acknowledgement that foreign solutions have failed us, they do not fit Africa’s unique political and sociocultural typography.

“Foreign solutions have failed us, they do not fit Africa’s unique political and sociocultural typography.”

Ayittey suggests the real African solution is one “rooted in African culture, tradition and heritage, but not cut off from the rest of the world” The current solutions seem to lie in aid, United Nations assistance, support from the World Bank and the IMF, accompanied by discussions on intra-Africa trade, diversification of the natural resources and expansion of agriculture. Africa’s problems are not solely of Africa’s making, raising questions as to whether or not there is almost a duty of care to ensure the continent is given the opportunity to be self-sufficient.

“The real African solution is one “rooted in African culture, tradition and heritage, but not cut off from the rest of the world” 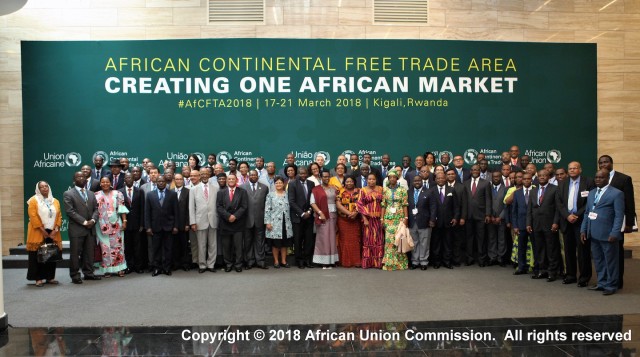 At present the closest we have to solutions driven from the continent are seen in the form of the African Union, regional economic unions, and the recent establishment of the Africa Continental Free Trade Area (AfCFTA) operating under the agenda of creating one African market. How they drive the discussions  and determine the approach is still to be clearly defined. Shaping the continents future is critical, as we have seen the impact of what happens when the approach has been the wrong one in terms of being for the good of the continent and its people, so what are the discussions we should be having? what role should those outside of the continent have in deciding how we shape, develop and drive the continent, who gets a seat at the table?