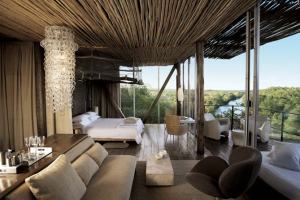 Google African luxury and you will find a whole host of searches relating to luxury safari holidays in the likes of South Africa, Zambia, Botswana and Kenya, beach holidays to the Seychelles and Mauritius, and exotic travel to Morocco. What you are unlikely to find is anything relating to luxury in West Africa, or anything regarding the resources Africa provides to the luxury market.

Africa’s story is often portrayed as poverty, aid and struggle, with stories of success and achievement often eclipsed by those of  tragedy,  the constant images of deprivation, without any focus on development can only feed the negative perception the rest of the world has of Africa as a continent. Many still fail to see Africa as a potentially largely untapped market.

As a continent Africa is a complex mix of over 54 countries, and not all of these will be profitable markets for investment, however growth in countries such as South African, Nigeria, Ghana, Rwanda, Botswana and Angola, provide examples of economies which are displaying growth within the African market place, showing that Africa is open for business.

The Most Exepensive Piece of African Art? →